As the fresh campaign draws nearer, the Hawks can now announce their pre-season schedule for the months of July and August.

The schedule sees the Hawks in action eight times – four on home soil, and four away. Hosting National League opposition in Eastleigh and Dulwich Hamlet, there is also a short trip west to Worthing who were recently crowned champions of the Isthmian League.

Whitehawk commence their first pre-season under manager Shaun Saunders on Saturday, 9th July by welcoming Dulwich Hamlet to The Enclosed Ground, with the first game of the new campaign set for Saturday August 13th.

League fixtures are to be announced in the coming weeks, whilst a full list of the pre-season schedule can be seen below: 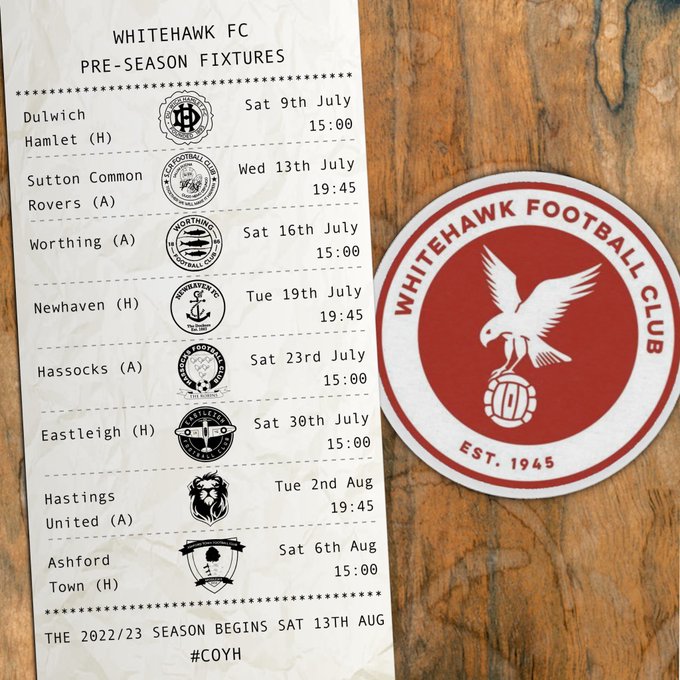