Details of the second survey are released

During lockdown the partnership between Whitehawk Football Club and resource-saving organisation Pledgeball has gone from strength to strength, and there have been many initiatives undertaken by the fans to commit to changing their lifestyles by ‘pledging’ to offset deadly carbon emissions.

The Hawks won the Inaugural ‘Virtual Lockdown League,’ where fans ‘pledged’ against other teams fans’, and the Pledgeball message has reached across the City and beyond, with other fan groups and football clubs becoming more and more aware of the partnership and the organisation.

In January the Club, The University of Brighton and Pledgeball joined forces to produce the first part of a detailed fan survey on football fans and their relationship with the environment. The survey has been put together by Jennifer Amann, a Master’s student studying Global Studies at the University of Gothenburg, Sweden, Dr. Mark Doidge, Principal Research Fellow, School of Sport and Service Management at Brighton University, Katie Cross, founder of Pledgeball, and the Club, and is one of the biggest football and environmental surveys of its kind in the National Game.

The aim of the first survey was to find out to what extent environmental concerns play a role for football fans on and off the pitch and how football fans can become a (visible) part of the solution to tackle climate change, the second, released today, moves to a more ethical stance, and offers fans the chance to air their views on the environment and the club, as well as creating an excellent platform for discussion.

To take part in Phase two of this comprehensive survey CLICK HERE . The survey will be available until April 9.

“Once again I’d like to thank Hawk’s fans for being so proactive and supportive of the survey. The numbers were way above what we expected, and it shows that from the initial results, people are looking for ways to make the change. I hope that they saw that it doesn’t take too much to think differently and that we fans have a huge amount of power to make change. I hope that the response to the second survey is just as positive!”

“This will help us to improve our strategy so that when games return, we are preparing to kick off and together take even more cars off the road! So it would be of great help if we could get as many people as we can to fill out the survey!” 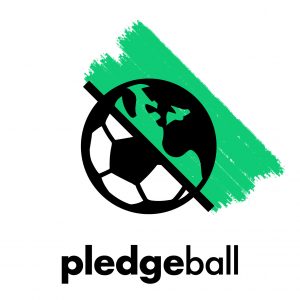 “The partnership with Pledgeball has been amazing. We’re creating conversation, generating debate, and showing people that changing the environment for the better isn’t that difficult if we do it together. I hope that our incredible family of fans once again embrace what we’re looking to achieve, and be the pioneers to create REAL change in our world!”

Those that took part in survey one are encouraged to do the same again, and hopefully pass on the link to as many people as possible, and all entrants have the option of taking part in a raffle to win a Matchball Sponsorship at one of the Hawk’s home matches during the 21/22 season!