1st June 2020 – It has been announced today that Utilita, the UK’s leading Smart Pay As You Go Energy supplier, has partnered with Whitehawk Football Club on the first day of its 75th anniversary year.

The deal represents one of the most comprehensive and inclusive partnerships in the history of Whitehawk Football Club, and in the current uncertain climate offers a welcome investment in the future of the club.

The sponsorship includes Utilita’s logo proudly displayed on the 75th anniversary home shirt, which is a throw back to the club’s first home strip from 1945, and also on the club’s iconic away shirt which has been designed by talented British visual artist, David Shrigley, OBE. 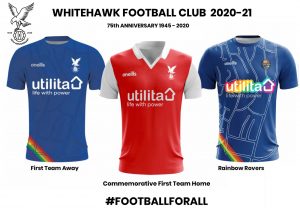 Pre-sale for our new Utilita sponsored 2020/21 season kits is now available at https://whitehawkfc.com/shop/ with a 10% discount for ALL pre-orders before 22nd June!

What’s more, Utilita will be working with the club’s ‘Hawks in the Community’ programme and ongoing partnership with The Prince’s Trust, which raises awareness of the game in the local area and brings children face-to-face with the club’s footballers who demonstrate their training skills.

Jem Maidment, Utilita Chief Marketing Officer, comments: “What better day to announce our partnership with Whitehawk than on the club’s 75th anniversary and the first day of Pride Month.

“We are committed to grassroots football and clubs which make a difference, so teaming up with The Hawks is a very natural fit for us.

“It’s also exciting to be promoting greater inclusivity with the Rainbow Rovers as we look to support the LGBTQ+ community in East Sussex and beyond.”

Whitehawk FC Chairman, Andy Schofield, comments: “This is a great way to launch our 75th anniversary season. I’d like to thank Utilita Energy for their commitment to our club during these difficult times. When we finally return to playing football, it will be great to see the team take the field in the new shirt, which is a modern take on our original kit from 1945.”

Head of Hawks Commercial and Marketing, Kevin Miller, comments: “At a time when football is trying to find a way back to being part of our lives again, we are delighted that an established national brand such as Utilita, which has a long and successful history of football partnerships, has recognised our work and will help enhance our message of ‘Inclusion within Football’, driving a new, young, vibrant and diverse audience to The TerraPura Ground.”

Centre to the new partnership will be Utilita’s Energy High 5 movement, which enables every household to use around £163 less energy each year by making five simple and free changes at home. Anyone can sign up to start saving, without being a Utilita customer. 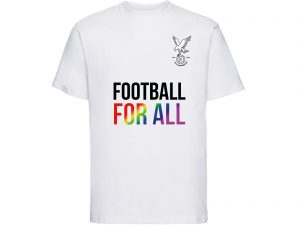 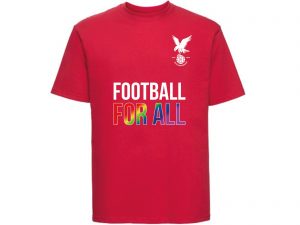 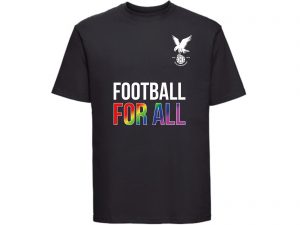 In addition, following the success of our “Football for All” film created by Australian sports channel Optus (which is shown below) and to promote our inclusiveness as a club, we are proud to unveil special “Football for All” t-shirts which are available to pre-order from today at https://whitehawkfc.com/shop/ with a 10% discount for ALL pre-orders before 22nd June, along with our new replica kits!