Whitehawk Football Club will play newly-promoted Scottish Championship side Raith Rovers this coming Saturday (August 1,) as both clubs begin their preparations for a return to the beautiful game post lockdown.

Thousands of people will be able to attend, cheer on their respective teams, food and drink will also be available, and social distancing will not be enforced, because the two clubs have decided to battle it out, on-line via social media channel Twitter!

The Brighton outfit and the Scottish League One Champions from Kirkcaldy, Fife will take part in ‘friendly’ England v Scotland rivalry via the Hawk’s twitter account @hawksfcofficial and Rover’s twitter account @RaithRovers. Fans will be able to watch the whole 90-minute game unfold from the comfort of their own homes via match-day tweets, as if they were following a real game.

The match will also be an opportunity for the two clubs to raise much needed funds via grassroots funding website Donate A Ticket, that encourages fans to donate the cost of a ticket to help lower league football at this uncertain time. The ‘Donate A Ticket’  desk will be open from Thursday, July 30, until 8pm on Sunday August 2..

Head of Commercial & Marketing Kevin Miller explains: “Just after the start of lockdown in March the Hawks were due to play Guernsey in a league game. Unable to play it for real, myself and writer, theatre producer and Hawks fan Paul Hodson, wrote a transcript of a magnificent 6-6 thriller, and played it out ‘as live’ online. The game raised over £2,000, shared between the Whitehawk Foodbank and Guernsey’s branch of Mental Health Charity, Mind.”

He added:  “Since then, we’ve been looking for clubs to virtually ‘play’, and were very close to playing Barcelona, (losing 8-2, with Lionel Messi scoring 4!). When we joined the Donate A Ticket scheme, we spoke to MD Ruaridh Kilgour, a huge Raith fan, about the idea, and he put us in touch with Raith’s media team. We explained the format and they were delighted to take part!” 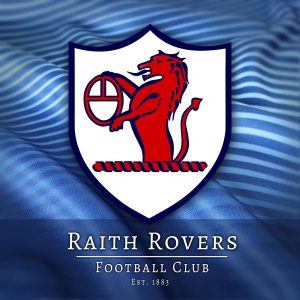 Laura Andreucci from Raith’s Commercial team said; “In these toughest of times, the desire of fans to support their clubs has shone through. It has unleashed some much-needed creativity and innovation in how fans engage with their clubs. Fans of the Rovers have already raised over £100K during the shutdown, including through Donate A Ticket, and we’ll be directing some of the money we raise this weekend towards our local foodbank. We are grateful to the Hawks for their invitation to take part in this virtual friendly, and are very much looking forward to see how it plays out.” 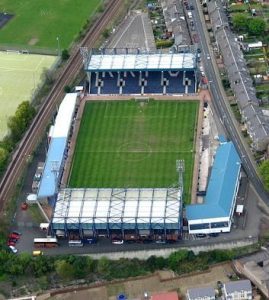 Ruaridh Kilgour from Donate a Ticket said: “I’m delighted our platform can facilitate this fantastic idea of a virtual friendly between Whitehawk and my club, Raith Rovers. Kevin, at Whitehawk, has done magnificently well in using the platform to raise much-needed funds for the Hawks and I’m sure this virtual tie will go far in raising even more money for both clubs.”

Fans will be able to watch the match unfold from 2:30pm on Saturday August 1, via Whitehawk’s Twitter account @hawksfcofficial and Raith’s twitter account @RaithRovers. The ‘Donate A Ticket’ desk will be open from Thursday, July 30, until 8pm on Sunday August 2. 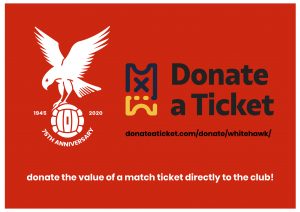