Whitehawk Football Club won the coveted Sussex Sports Club of the Year Award in association with Active Sussex at a lavish awards ceremony at the Brighton Hilton Metropole last Friday.

The Award was voted for by members of the public, and presented to the Club’s Commercial Manager Kevin Miller, by former Olympic Champion and sporting legend Kris Akabusi.

The award was presented in recognition for the tremendous work within the East Brighton Community that the club has achieved over the past year, in partnership with Non-League For Grenfell, YMCA Downslink Brighton, The Crew Club, Fans For Diversity, Kick It Out, Football v Homophobia, Ageing Well Brighton, Brighton & Hove Council, and the magnificent Hawks Ultras, as well as the hundreds of volunteers that give their time and passion for Whitehawk Football Club year after year.

“This is a superb honour, and a recognition from the public that means so much to the club. It’s a testament to the amazing dedication, time and passion that so many people have given over a number of years. On behalf of everyone who voted, thank you!”

“We are Brighton’s second biggest club, and its Premier Non-League Football Club, and I urge those people who perhaps haven’t seen a match here, to come along and see for themselves, the warmth and passion that emanates from this club, rain or shine, win or defeat. It’s also a call to Brighton Business, to be part of a winning club that’s on the rise; Grassroots football is growing, and is a totally different experience to that of the World-Class Premier League. It has its roots in the same game, but there’s a freedom at this level that creates its own warmth, and sense of togetherness. One hundred percent inclusive, one hundred percent immersed within its community, and a hub for everything that’s good about football, and this amazing part of Brighton & Hove!” 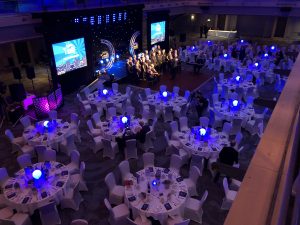 The magnificent hall at the Brighton Hilton Metropole Hotel 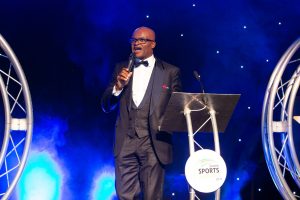 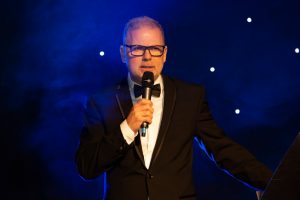 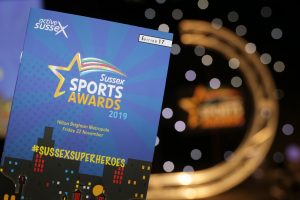 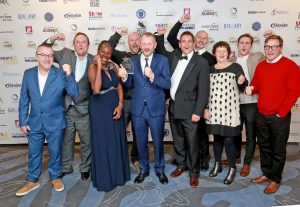 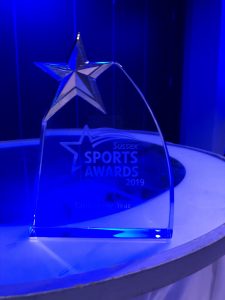 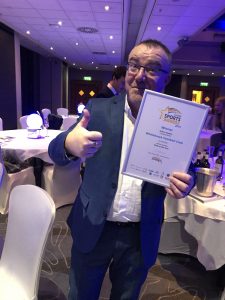