Hawks make their mark within the Football Industry at the 2019 FSA Awards.

The Hawks, who were the lowest ranked football club at the event, were shortlisted in the National Game Community Awards category at the 2019 Football Supporters Association Awards, held at The Pavilion at the Tower of London, and hosted by broadcaster and football journalist James Richardson. 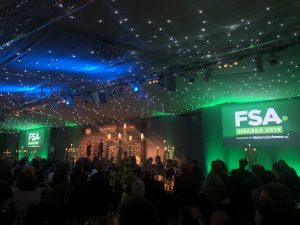 The FSA, formerly known as the Football Supporters’ Federation, represents match-going fans across the UK. The awards are voted for by more than 400,000 fans.

“It was a superb event,” said Miller, “And on behalf of everyone at the club I’d like to thank the FSA for our nomination and their hospitality. To be recognised for a National Award for a club like ours is phenomenal, and during the night we met a lot of people from the football world who are beginning to take notice of our achievements.” 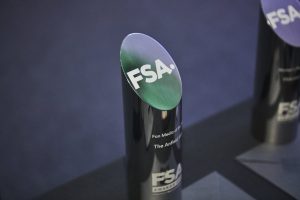 He added, “With the team on a roll right now, the club’s 75th Anniversary celebrations, and plans to create some superb events – including Football United 2 on July 26, I believe that  2020 is going to be a game-changer for Whitehawk FC, and to be recognised for our efforts thus far will only spur us on to do better!”

Liverpool defender Virgil van Dijk was named as the FSA’s men’s player of the year, beating Raheem Sterling into second place after more than 340,000 votes were cast. 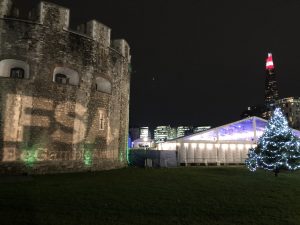 Van Dijk succeeded club-mate Mohamed Salah in winning the award, and there was a similar pattern to the women’s award. Netherlands forward Vivianne Miedema won the trophy, after Arsenal colleague Beth Mead won in 2018.

Peter Drury was named commentator of the year, Jamie Carragher pundit of the year, and Radio Five’s 6-0-6 retained the radio show award. New on-line sensation The Athletic took the On-line Media of the year award, despite launching only five months ago. 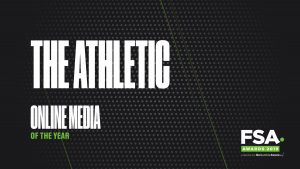 For information on how you can be involved in The Hawks in 2020, contact Kevin Miller on 07833 736234 e-mail kevin.miller@whitehawkfc.com