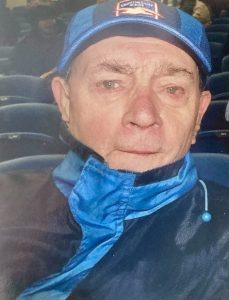 A stalwart of Whitehawk FC for over 50 years will be honoured with a minute’s silence before tomorrow’s Isthmian League South East clash with East Grinstead Town.

Ken Longhurst, who passed away recently aged 90, was Brighton-born and lived in Twineham Road, Whitehawk. Three generations of his family, including daughter Rita, will be guests at the match.

Born in 1931, Ken played for the Hawks as early as the 1940s, pictured here (in the middle of the front row) with his teammates at an end of season celebration in 1948. 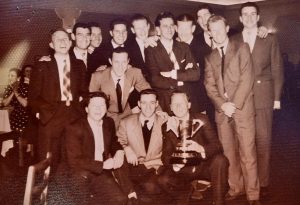 Ken went on to manage the third team (below: back row second from the right in Preston Park in the early 60s) as well as the reserves, before sharing first team management duties with John Marchant for the first half of the 1974-75 season. 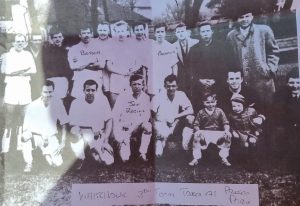 Ken was also the manager for the first season of the highly successful Whitehawk Ladies FC, early trailblazers for the women’s game,  who broke numerous records in winning a league and cup double in 1993-94. The team won all 18 league games in taking the SE Counties Division 1 title, scoring 132 goals in the process and 213 overall in league and cup. Emma Mead racked up 92, including 22 hat-tricks, all of them wearing her lucky no3 shirt. The big wins included future Women’s Super League side Reading being hammered 17-0 in the FA Cup first round. A 2-0 defeat to Brentford in the play-off final denied the team promotion to National League South, which at the time was the second tier of women’s football in England.

Ken held so many roles at the club over the years it is difficult to get them all written down, but we do know for certain he was also the club’s general manager for a couple of years in the nineties. A real club man, who we will all pay our respects to tomorrow.