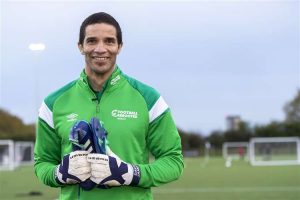 Whitehawk F.C to host the UK’s first ever Football Rebooted ‘boot drop’ for locals to donate recycled football boots at its Community Day on 26th June

Utilita – the only energy company created to help households use less energy – and former England and Premier League goalkeeper, David James MBE, will host the first-ever ‘Football Rebooted’ ‘Boot Drop’ at Whitehawk FC’s Community Day on 26th June as part of their mission to help the nation recycle at least one million pairs of ‘pre-played’ football boots and astro boots, as part of football’s biggest ever environmental campaign. 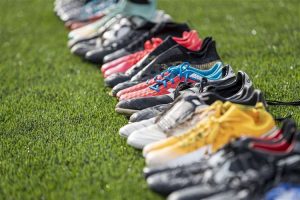 The ‘Boot Drop’ provides the opportunity for locals with spare football boots or astro boots to bring along their spare football boots to be reallocated to someone else. The smart Football Rebooted recycling campaign will save families a small fortune and will save the equivalent of 136,000 tonnes of carbon entering the atmosphere – the same as taking 7,000 cars off the road for a year, or turning the energy off in one million medium-sized houses for a week. 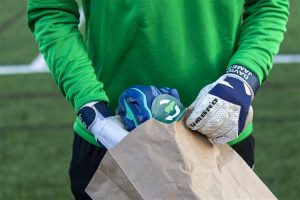 Over 1,000 boot donation bags have already been requested by those visiting www.footballrebooted.co.uk, as well as donations given by Premier League and English Football League clubs.

The Football Rebooted campaign puts an aspirational spin on a mechanic that will get good boots through to families struggling to afford new ones, after Utilita’s State of Play report revealed that out of the 74 percent of families who had been impacted financially by the pandemic, 18 percent won’t be able to send their kids back to grassroots football as they can’t afford boots and other items such as goalkeeper gloves and shin pads.

The Community Day is a ‘pay what you want’ event as a ‘thank you’ from the two Isthmian League clubs to their amazing communities. It will also see Whitehawk’s first team take a training session on the pitch before the game, and cheer on the fans from the terraces in a ‘role reversal’ on the day. Tickets are available on-line: www.whitehawkfc.ktckts.com. and will be also available on the day. (Current Covid regulations apply).

Utilita is the proud front of shirt partner for Whitehawk FC and their LGBTQ+ team Rainbow Rovers – rainbowrovers.org. Both are entering into a second season partnership and share strong synergies including sustainability, with Whitehawk recently creating the next two seasons in unique home and away kits made from recycled plastic bottles. The Football Rebooted ‘Boot Drop’ is the next step in their long-term partnership as together the club and brand work to serve the local community.

Campaign ambassador and environmentalist, David James MBE, who will be present on the day, commented: “This is an extremely thoughtful and impactful campaign, that will make millions of people think twice about buying new football boots when there are perfectly good boots available, for free. Whitehawk FC is really special club where fans and the community go the extra mile and is an opportunity to increase donations for Football Rebooted.”

Bill Bullen, founder of Utilita – the only energy company created to help households use and waste less energy – comments: “This campaign has made it super simple and easy to do the right thing, but most importantly, it’s started conversations about ways we can all do our bit for the environment.

“We have been bowled over by the response to the campaign so far, including lots of the UK’s leading dignitaries taking time out to commend the idea. We’re excited about opening the first club boot drop club at Whitehawk – a club that has consistently supported Utilita, from helping with fundraising efforts for The Prince’s Trust to shaping our Football Rebooted campaign. We’re looking forward to working even more closely with them moving forwards.”

Whitehawk FC Chairman Andy Schofield said: “I’m delighted that Utilita has chosen our club as the venue to launch the first boot drop. We don’t want to see any local youngsters not playing football because they haven’t got the right kit. It’s a great idea to recycle quality boots and I’d like to thank Utilita for their ongoing support for grassroots football.”

Premier League and EFL clubs across the UK, including Portsmouth, Southampton, Derby County and Leeds United, have signed up to donate the football boots worn by their academy players, while first-team players have also donated their own boots in the interests of the environment.

As part of the campaign, schools can request boots be sent to them for children who need football boots to enable them to play in or outside of school.

Find out more information about the campaign at www.footballrebooted.co.uk.