The stats, however, do not do the game justice, as this match — only Rover’s second ever-game, was one of the first LGBTQ+ football matches to be officially sanctioned and endorsed by the sport’s governing body.

The Sussex County FA are conducting a pilot scheme with The Football Association to increase the amount of Adult Mixed Gender Football events, and to engage with the LGBT+ Community in Brighton. The pilot creates open-access to all — removing barriers for men, women, and the LGBTQ+ / non-binary community to play the beautiful game together. 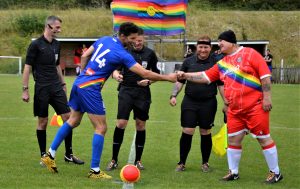 Rovers’s game was chosen to be part of the pilot scheme, thanks to the amazing work undertaken by their player/manager Sophie Cook, and parent club Whitehawk FC, who have been championing inclusivity in football for many years.

Sophie was delighted with the result, and the impact and important message that the game sent out.

“I’m honoured to be the manager of Rainbow Rovers, and so grateful to everyone involved, the players, James Heyes and everyone at Utilita Football, The mighty Hawks, The Football Supporters Association, The Sussex FA, Jon Holmes at Sport Media LGBT, Ryan Atkin and all of the officials, and especially to David James, for being such an awesome opponent, and a great laugh!”

She added; “For our players, many of whom had expressed difficulty being involved in the game previously due to their sexuality or gender identity, it was the experience of a lifetime to walk onto the pitch at Whitehawk’s Terrapura Ground alongside players that they had followed for their entire lives”.

History was made today, LGBTQ+ football got the recognition it deserves, and those that played in the game, did something very special. They simply played the game they love.” 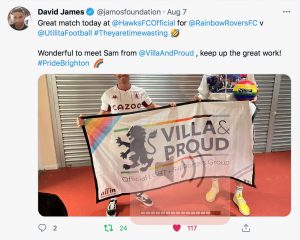 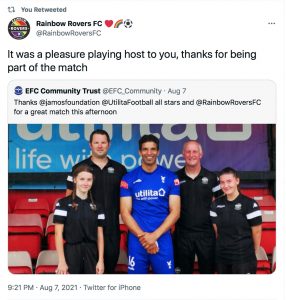 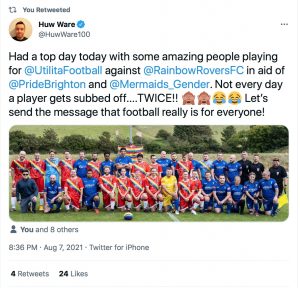 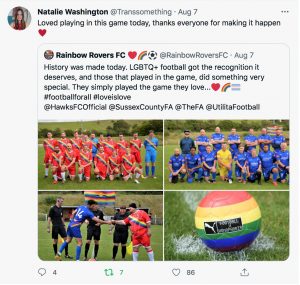 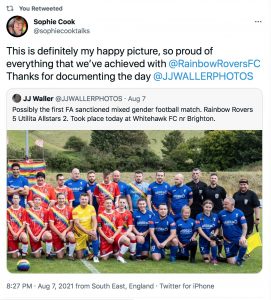 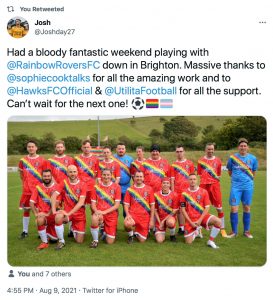 “We would like to thank the fans that braved the horrendous weather, the players from both sides who have travelled from all parts of the country, James and Jem at Utilita, and Lisa and Sophie at Sense PR, Dom Huxley at Huxley Digital, and Adam Hart, Ant Scott and the incredible volunteers of Whitehawk FC for putting together an amazing game”.

” Jade, Sean and Ken Benham at The Sussex County FA for allowing us to be part of their FA pilot scheme, Anwar and Harpreet at The FSA, Sanjay Bhandari and his team at Kick it Out, Lou Englefield at Football v Homophobia for the brilliant rainbow matchball sponsorship, and everyone that Sophie & I have been in contact with over the past eight weeks”.

“We all made history today, and when LGBTQ+ football is accepted within the football family for good, people will look back at this pioneering game as one of the match that took the first brick from the wall…”

Talks are already underway for two more Rainbow Rovers games before the end of the year, you can keep in touch with all Rovers news by visiting rainbowrovers.org, or follow the team on twitter @RainbowRoversFC, or Instagram; @rainbowroversfootball

The shirt is made from recycled plastic bottles, and for every one purchased, partners onetreeplanted.org will plant a tree on your behalf.

More action from the game (Thanks to Mick Randall and JJWaller, jjwaller.com) 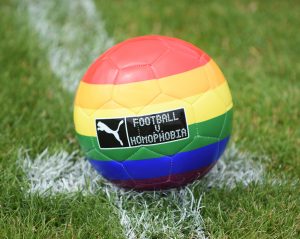 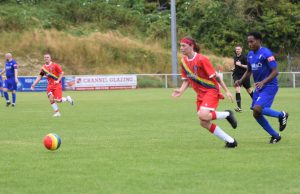 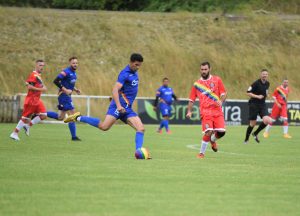 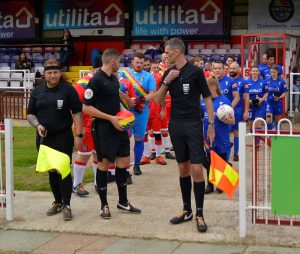 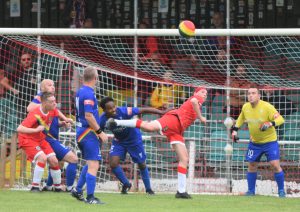