It’s a third game in the space of six days for Shaun Saunders’ Whitehawk as an evening trip to Isthmian League newcomers Littlehampton Town beckons. In a ruthless, punishing start to the season that saw the Hawks upended by K Sports, Saturday’s stifling win over Sittingbourne was just the start to the league campaign Saunders had been wishing for.

Travelling west to The Sportsfield, a morning sprinkling of rain has pleased the pastures green in a game that should be played at a fast pace. And it could be a similar starting XI to that of Saturday, with new arrivals Jayden Smith and Marcus Marku pushing for a place after coming on late in the day to make their respective debuts at the weekend.

In a repeat of last season’s opening home fixture, Sittingbourne travelled to the coast once again but, akin to their previous Brighton endeavours, went home empty-handed. Rob O’Toole the main absentee, the Hawks hit the ground hard through their electric wing-play, and earned a penalty early on that saw centre-half Ben Gorham shown a straight red card for deliberate handball. 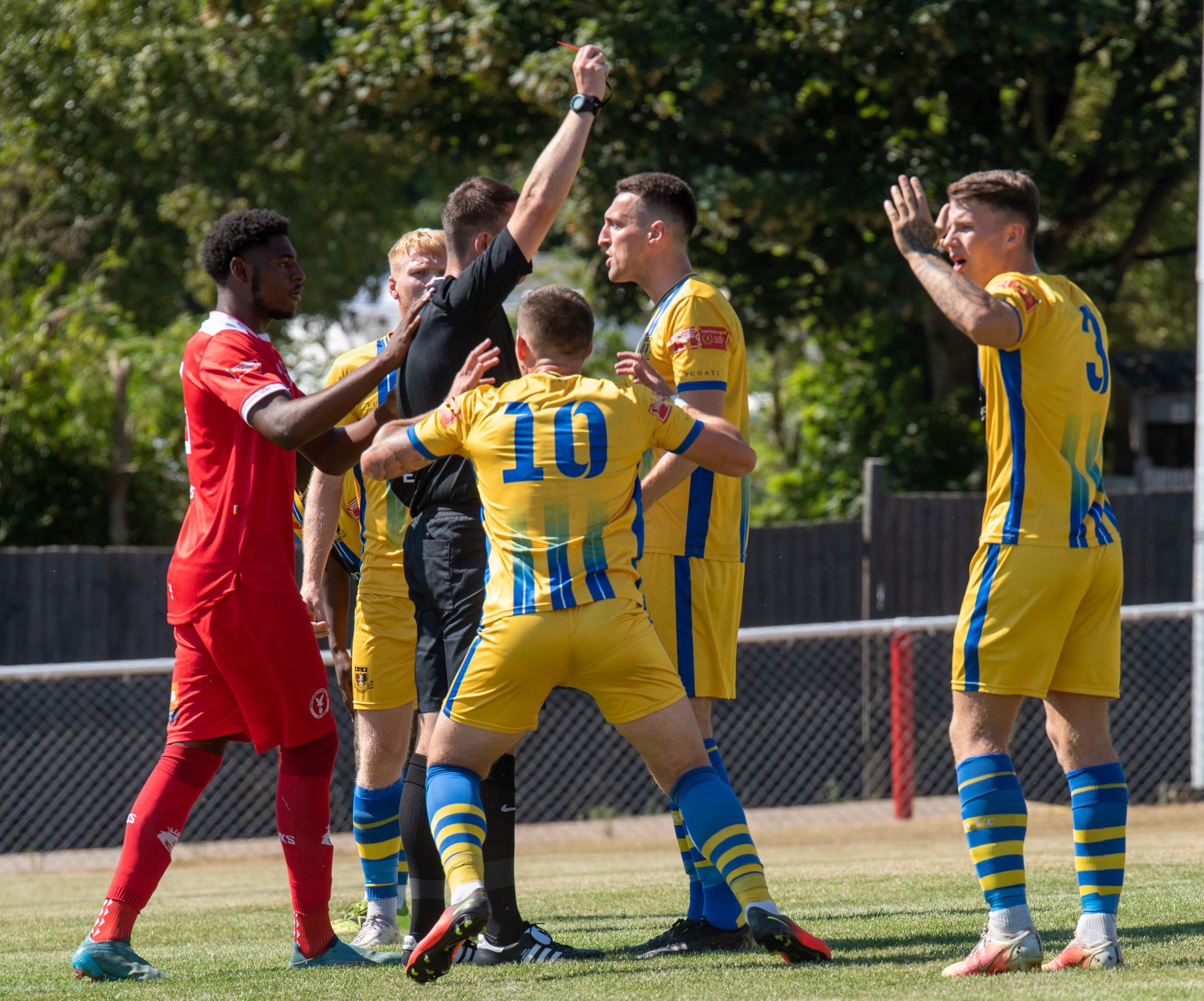 Joe Shelley expertly converted the spot-kick to get his side’s campaign off and running, and Javaun Splatt opened his account for the season with a delightfully composed finish into the bottom-right corner of the net. In extreme heat the Hawks knocked it about serenely but things became nervy when Frank Puemo tapped the ball home from close-range. Clean sheet wiped out; the three points nonetheless secured.

There’s a little bit of history tonight as ‘The Marigolds’ play their first Isthmian League match on home soil following their promotion from the SCFL. And, in truth, their performance last year was significant, too, as they finished top with 29 wins from their 38 league matches, scoring 130 goals in the process. That’s an average of 3.4 goals per game.

Joe Benn and player-manager George Gaskin the catalysts, the pair found the net 60 and 47 times respectively. There was also a famous trip to Wembley as Littlehampton battled all the way to the FA Vase final, only to be convincingly beaten by Newport Pagnell.

Goals are a given at The Sportsfield, and it’s tenants’ opening match of the Isthmian League showed just that as they claimed a 3-2 victory at Faversham Town with Jordan Layton, Aaron Capon and Marshall Ball all finding the net to give manager’s Mitchell Hand and Gaskin the perfect start. 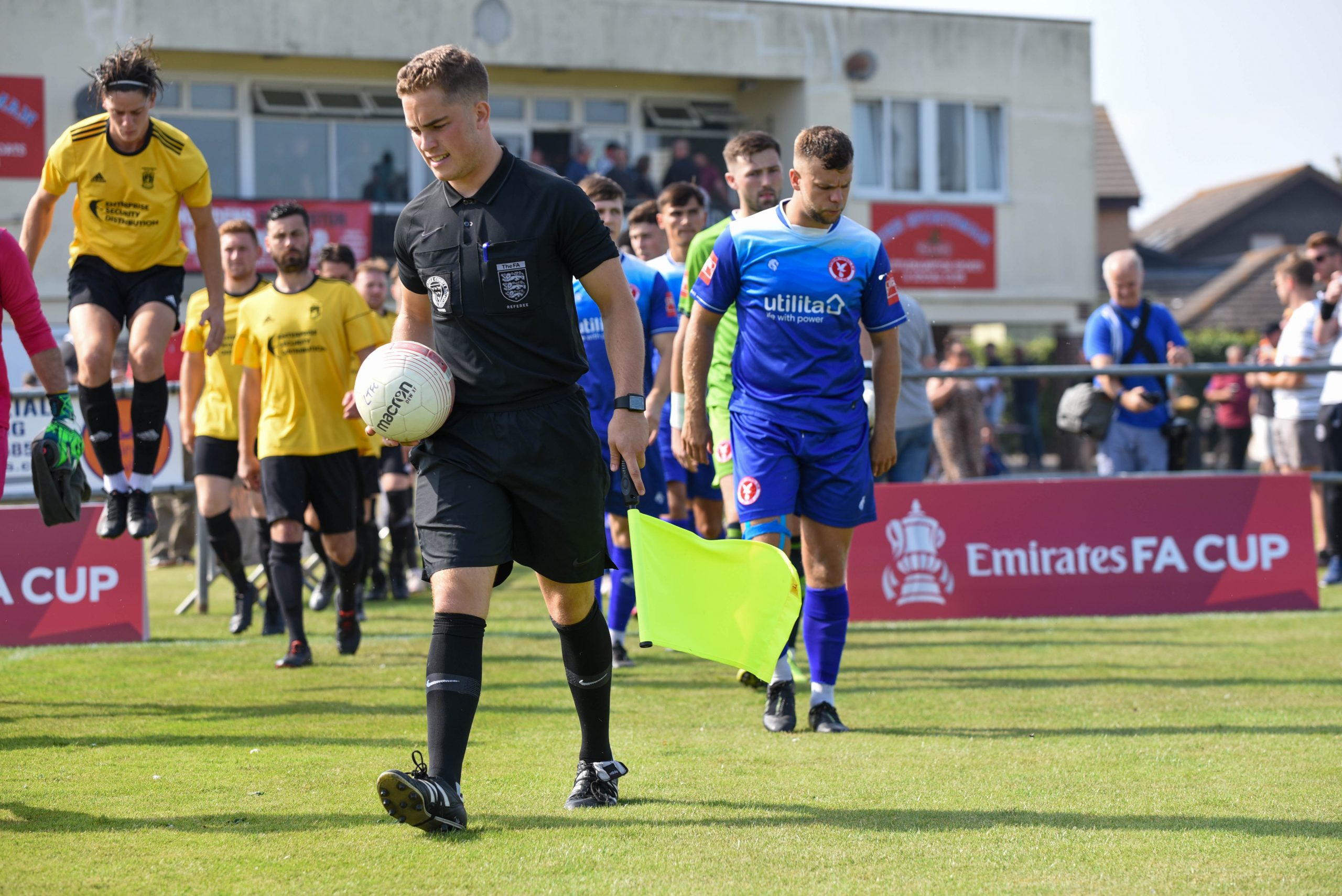 Whitehawk drew Littlehampton in the Emirates FA Cup First Qualifying Round last season and, if it’s anything to go by, we might be in for a dramatic, heart-pounding evening. A nine-goal thriller in front of a 525-strong crowd; the Hawks just about scraped through with a 5-4 win thanks to goals from Henry Muggeridge (x2), James Fraser, Callum Edwards and Omarr Lawson.

“I’m expecting it to be very tough. Over the years Littlehampton has always been a very tough place to go and I’m expecting that to be no different tonight. We’ll have to be at our very best to get a result.

I think sometimes that works in your favour, but I think the players all understand how tough it’ll be. We’re well-prepared and we’re looking forward to it.”

“As I said Littlehampton has always been a tough place to go, anything to come away with would be a bonus. It’ll be a real tough one, a ding-dong as it always is over there”

“The stats don’t lie, their season last year wasn’t a fluke. They’ve got some very good players in, they’re well-drilled, they’re run by good people and have got a couple of young managers in that are really new and know their stuff so yeah, I’m under no illusion that it’ll be a tough night.

That said, we’re looking forward to it. We haven’t got a game on Saturday now so we’re going to make the most of tonight.”