The east Brighton Community returned to the Terrapura Ground on Saturday, as the club played host to its first football event since October 31, 2020.

Community Day was a day for all generations to get back together and reconnect, reacquaint, and have some fun in the warm weekend summer sunshine.

A Hawks fan’s team took on a team from Guernsey Football Club’s English based fan group – known on the Channel Island as ‘Manelanders’, with the Hawks edging the game 6 goals to 4. The match was raising funds for The Whitehawk Foodbank and the British Heart Foundation.

Before the game, the Hawks first team had a two hour training session on the pitch, but took a back seat and stayed to cheer on the fans as they took centre stage…

Club sponsors Utilita launched their, ‘Football Rebooted’ initiative, and aim to re-purpose 1 million football boots to save them from going into landfill. Former England Goalkeeper and Utilita Ambassador David James was on hand to oversee the proceedings and front the campaign. David also put his own boots, and played cameo roles on the hallowed Hawks surface for both teams!

It was also the first football match in the country to offer Covid Vaccinations at a live game, delivered by NHS Sussex Health Partnership, and assisted by Eastbourne District Scout First Aid Association, and Community not-for profit Social Enterprise Group HERE, who have been running vaccination services at Brighton Racecourse and from a mobile ambulance and bus across the city.

With representatives from some of the key members of the East Brighton Community, including The Brighton Morris Men, The Manor Gym and Due East, who provided face-painting for the kids and yoga sessions for the adults, East Brighton Food Co-Operative’s ‘Smoothie bike’ The Crew Club, Wellsbourne Healthcare Clinic, The Sporting Memories Foundation, alternative eco-delivery group Move-To-Less and two half-time dance groups; The ‘Mini Tantrums’ and the ‘PW Performers’, there was plenty to occupy the family friendly crowd, and launch the Hawk’s 2021/22 season in style.

“The day belonged to the community, and to our long-serving, inspirational Hawks volunteers that have spent weeks making sure that the ground was ready. They were painting, decorating and cleaning even days before the game, and the whole club was desperate to get football – and the community – back to the ground. As it turned out, it was all worth it, and there’s a whole team of people to thank, including The NHS, David James and the team at Utilita, and the Chairman, Directors and senior staff at Guernsey Football Club – for making our day so special.”

For Guernsey FC Director Nigel Braybrook said; “I’ll leave the quotes to my players!” “Brilliant!”. “Superb!” “Great organisation!” and, “When can we do it again?”

He added; “The whole day was a success from start to finish, great friendly welcome, well organised activities and a close, evenly contested game played in the very best of spirits. The game was well received on YouTube both on the Island  and for those manelanders who were unable to attend in person.

We look forward to hopefully renewing our friendly rivalry in July 2022 in Guernsey when a rematch is currently being planned. We would also like to thank the generosity of all the good folk of Whitehawk as well as our players and Directors who contributed towards a total to the British Heart Foundation that looks like over £1,000.”.

Whitehawk Football Club would like to thank everyone who contributed to the day, and look forward to welcoming fans young, old and new to the 2021/22 campaign.

For further details on the Covid Response from the Sussex Health partnership visit: https://www.sussexhealthandcare.uk/keepsussexsafe/sussex-covid-19-vaccination-programme/

The Hawks first team begin their pre-season schedule next Saturday, (July 3) with the visit of local side Peacehaven & Telscombe FC, kick off 3pm. Tickets for this game, and all Hawks pre-season matches are just £5,(£2.50 Under 16), and available HERE 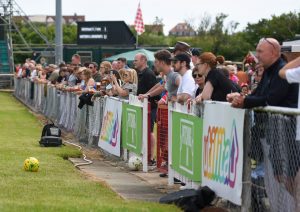 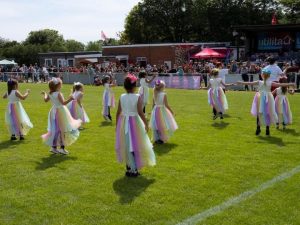 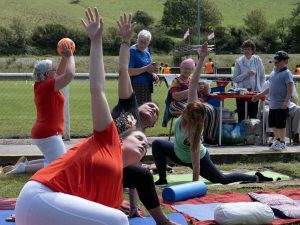 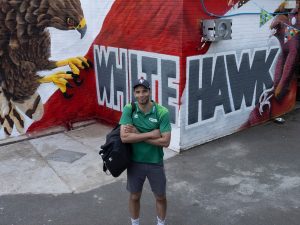 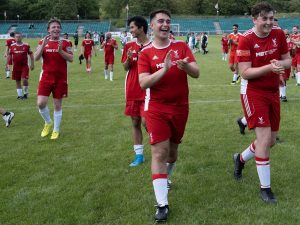 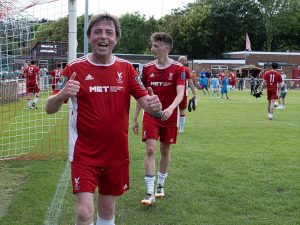 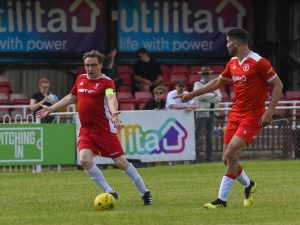 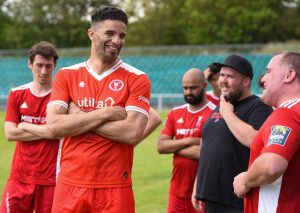 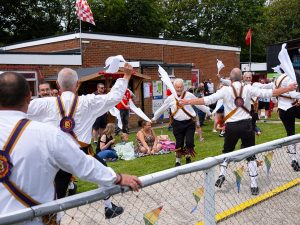 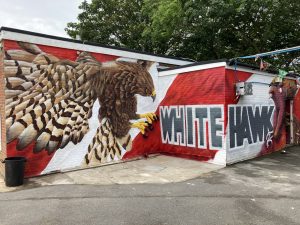